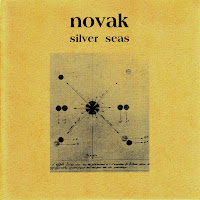 Novak were a Stereolab/Quickspace type band from Birmingham in the late 90's. They completed one album and five singles, three of which are presented here for your delectation. 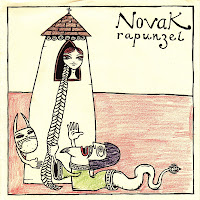 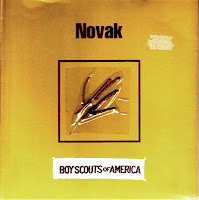 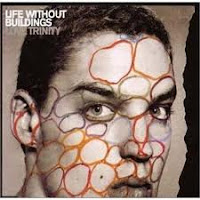 Life Without Buildings. "Any Other City" is one of my favourite albums of all time. Given the short life of the band I am glad I managed to see them just the once in a strange venue I've never been to again on the Charing Cross Road in London.

This EP was released in Australia only, some time after the album was released and contains the excellent "Is Is and the IRS", an early single of theirs. All their other singles appeared on the album so this EP is a nice collection of everything that wasn't on the album - "Love Trinity" itself being exclusive to this release. The only other song I am aware of that wasn't on the album or this EP is "Liberty Feelup" which you can hear on their "Live At The Annandale" album.
Posted by Andy Silver Rocket at 10:32 No comments: 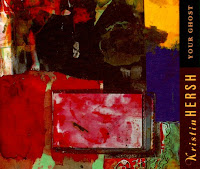 I love Kristin Hersh. Everything she does is gold. Throwing Muses, 50 Foot Wave and solo work. Here is a collection of random EPs from her solo work, going back to her earliest to some of her more recent.

At a Throwing Muses gig at ATP, I was very drunk (of course) and during the set I shouted out her name, not expecting her to hear me (I've not got the loudest voice in the world). But she replied "Yes?". So I said "You don't know how much we love you!" and she replied "No I don't". She wasn't in a very good mood that day... 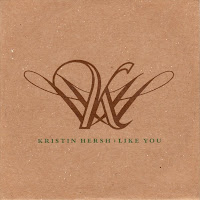 First out is the "Your Ghost" EP from the wonderful "Hips and Makers" LP from 1994 featuring Michael Stipe on backing vocals.

Finally is "In Shock" from the brilliant "Learn To Sing Like a Star" LP from 2007. 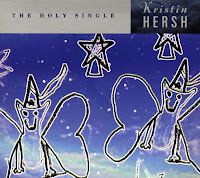 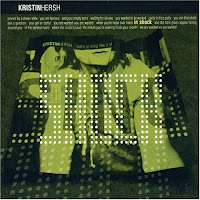 Posted by Andy Silver Rocket at 10:21 No comments: 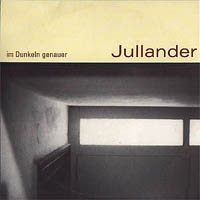 Well it's been a while. I can only apologise. Busy busy.

Anyway, carrying on where I left off, I present - Jullander.

Many moons ago I was given a box of demo tapes after the demise of the wonderful Wurlitzer Jukebox record label. Amongst these was a tape containing three songs by a band called Billy Mahonie from London. More about that if I do a post for them. But they agreed to let us put a single out of their stuff if it was a split single with a German band called Jullander. Gorgeous melodic post-rock, occasionally with German/English vocals. 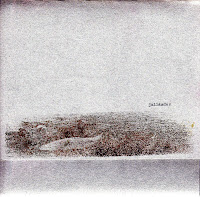 Here are their first three singles include the songs from the Billy Mahonie split. The first is a 10" single called "im Dunkeln genauer". Babelfish translates this into "in the dark more exactly" which leaves me in the dark pretty exactly.

And finally, the sold out Stupidcat 7" split with Billy Mahonie. Jullander also brought out a version of this single in Germany in a different cover. 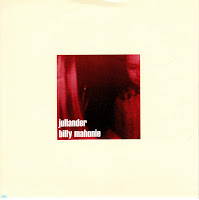 Posted by Andy Silver Rocket at 17:57 No comments: 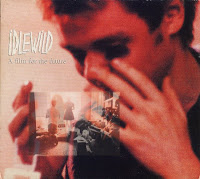 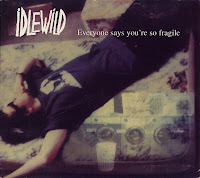 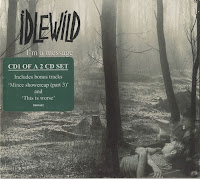 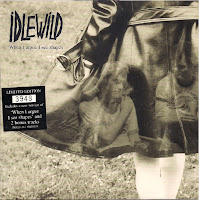 So you'd be justified in suggesting that a second showing for Idlewild is due to a lack of bands beginning with I, but this doesn't diminish the wonder of this band (well, up to 2003 in any case). "Hope Is Important" was such a great album and the singles really defined Idlewild for who they are. Slightly poppier than their early releases whilst maintaining a pure punk edge.

"A Film For The Future" carried on where "Captain" left off. But by now, Idlewild had enough of a following to bother the singles charts. Indeed, the first three singles skirted off the edge of the top 40. This single started a trilogy of songs called "Mince Showercap" that would appear on each of these three singles. Part 1 is an aggressive song with added recipe tips.
"Everyone Says You're So Fragile" is a better song. Still fast and punky but with real pop sensibilities. "Mince Showercap (Part 2)" is another weird track, but "Theory Of Achievement" is an excellent b-side that wouldn't be out of place on the album.
"I'm A Message" was up next, now with more formats to really go at a chart place. As a result - more precious b-sides! "Mince Showercap (Part 3)" isn't really worth the plastic and metal it's encoded on. But "This Is Worse" is probably my favourite Idlewild b-side of all. It sounds a little R.E.M.-y. Also two session tracks.
Finally is "When I Argue I See Shapes" - arguably the best Idlewild song of all and one of my favourite songs 'period', as our American counterparts would put it. Not only breaking the top 40 at last, but the top 20. The video accompanying the single featured a jumping salamander every time the backing vocals shout "Shapes!". It makes me jump in the air every time it happens. 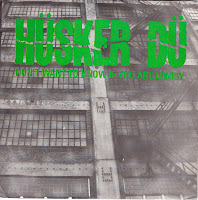 It wasn't until Sugar released "Copper Blue" 20 years ago that I really got into Husker Du. Starting with 'middle period', relatively obtainable albums "New Day Rising" and "Flip Your Wig" and moving further back through "Zen Arcade", "Metal Circus" and Everything Falls Apart". I've never really managed to listen to "Land Speed Record" all the way through.

At that time, the two major label releases - "Candy Apple Grey" and "Warehouse: Songs and Stories" - were out of print, so I paid through the nose for vinyl copies in second hand shops in Birmingham. I fell in love with "Warehouse..." and it remains my favourite album by them. 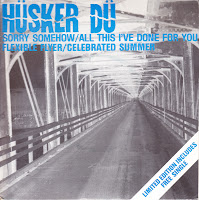 It was probably another 10 years or so before I bought any of the four singles from these two Warner Bros albums. Much scarcer than the constantly repressed SST singles "Eight Miles High" and "Makes No Sense At All". 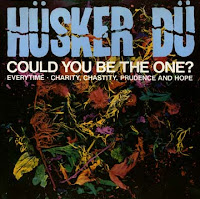 They were still between £6-8 each but much less than that original find in PF all those years ago.

And was it worth it? Well, yes. Just to own them and the lovely artwork. Musically, each single comes with one unique b-side and a bunch of live versions of album tracks. Here I include the four exclusives:

On "Don't Want To Know If You Are Lonely", an 8 minute song called "All Work And No Play" - very much in keeping with the songs from "Candy Apple Grey". 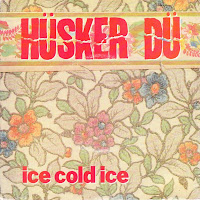 On the "Sorry Somehow" 12" you got a track called "Fattie" which is an instrumental/noise thing.

"Could You Be The One" contains the only song to have been sung by the bass player Greg Norton, called "Everytime". Not bad at all.

Finally, my beloved "Ice Cold Ice" 7", which contains a song called "Gotta Lotta" - probably the pick of the bunch. 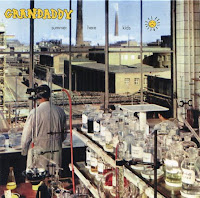 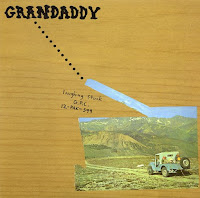 A random collection of singles by Grandaddy here. There have been few bands that I've so quickly got into and then quickly grown tired of in my memory as Grandaddy. When "Summer Here Kids" came out it was a breath of fresh air.

I saw them at Reading. Bought the album. Sent off for the free EP. Got some of the early singles including "Laughing Stock". Bought "AM 180" when that came out.

Just the b-sides here, a mixture of oddities including a cover of Pavement's "Here". 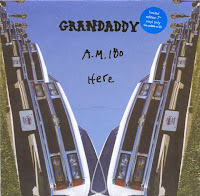 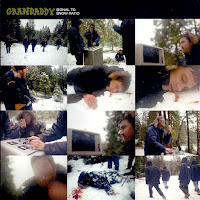 Posted by Andy Silver Rocket at 15:00 No comments: